A Community of Owners is composed of all theowners of dwellings, premises, garages and any other unit that makes up a building or urbanization.

The exclusive ownership of the dwellings or premises implies the right of co-ownership over the other elements of the building.

Thus, the owner of an apartment has exclusive property rightsover his home and also co-ownership rights over the spaces and facilities shared with the other owners: garden, swimming pool, elevator, staircase… 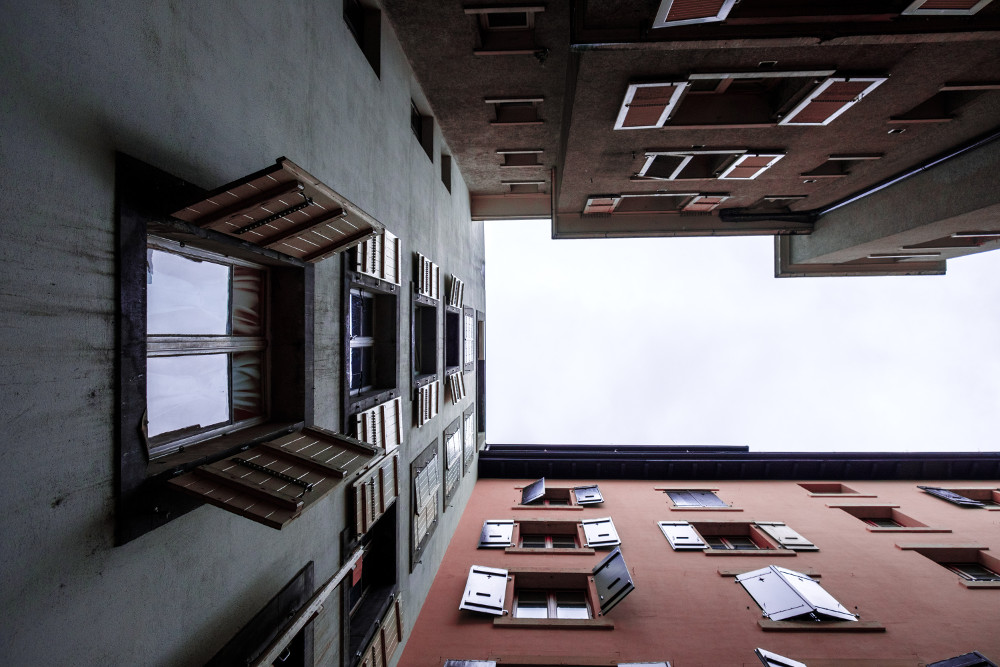 How is a Neighborhood Community constituted?

The steps to follow will be very simple and fromMediterráneo we will always support all owners.

– A first meeting will be called.

– The President of the Communityand the rest of the Board of Directorsshall be elected.

– The general budgetwill be approved.

– Each owner will be assessed to cover expenses

Rights in the Community of Owners

Some of the articles specifying the rights of the owners are:

– Article 3a. A singular and exclusiveright of ownership over a space sufficiently delimited and susceptible of independent use.

– Article 3b. By virtue of their co-ownership with the other owners of apartments or premises, the owners have a right of use and enjoyment over the common elements and services, shared with the other co-owners.

– The right to modify the architectural elements and installations of his property, without altering the common elements or harming another owner, and giving prior notice to the community of such works.

– Article 7.2. The right to require, through the President, the cessation of activities that are annoying or prohibited in the bylaws or harmful to the property.

– Article 9.1. As the owners are obliged to allow on their property the easements required for the execution of works in the common elements, and they will also have the right to compensation for damages that may be caused by any communal works.

– Article 17.5 Owners may exercise their right to install an electric vehicle charging point for private use in their individual parking space, giving prior notice to the community and assuming the cost of its installation.

– The right to elect and to be electedto exercise any of the positions of representation of the community, based on the system that has been established in the same.

– Article 15. Right to attend, vote or delegate the vote in the Community Meetings. They also have the right not to attend and not to vote.

– Article 16. The right to call, together with other ownerswho jointly representat least 25%, an Extraordinary Meeting of the community. They also have the right to propose topics of interest to be included in the agenda of the next Community Meeting.

– Article 17.8. Owners absent from a Meeting may use their right to express their disagreementwith the resolutions adopted, considering the votes of those absent from the Meeting to be favorable, within 30 calendar days following receipt of the notice.

– Article 18.1. The right to challenge resolutions that are contrary to the law or the bylaws, detrimental to the community or detrimental to any owner.

– Article 19. All owners, whether or not they attend the meetings, have the right to receive the minutes of thecommunity meetings within the established deadlines.

– Article 17.4. The right not to contribute to the cost of non-callable improvements whose amount exceeds 25% of the annual budget.

– Article 22. The right to oppose the subsidiary executionof community debts that a community creditor demands from him for the part that, according to his share, corresponds to him in the unsatisfied amount. In order for this to be the case, Article 22 requires that he accredits that he is up to date in the payment of the debts due to the community.

Obligations of the Community of Owners

Article 9 is the one that establishes the obligations of the owners.

Thus, they will be obligations of each owner:

a) Respectthe general installations of the community and other common elements, whether they are of general or private use of any of the owners, whether or not they are included in their apartment or premises, making proper use of them and avoiding at all times that damages or flaws are caused.

b) To keephis ownapartmentor premises and private installations in good state of repair, so as not to harm the community or the other owners, making good any damage caused by his own carelessness or that of the persons for whom he is responsible.

c) To consentto repairs in its dwelling or premises. The community shall have the right to be compensated by the community for the damages and losses caused by the works, actions or the creation of common services carried out or agreed upon in accordance with the provisions of this Law.

d) To allow entry into their apartmentor premises for the purposes set forth in the three preceding paragraphs.

e) Contribute, in accordance with the participation quota established in the deed or as specially established, to the general expenses for the adequate support of the property, its services, chargesand responsibilities that are not susceptible to individualization.

The credits in favor of the community derived from the obligation to contribute to the support of the general expenses corresponding to the installments attributable to the expired part of the current annuity and the three previous years have the status of preferential for the purposes of article 1. 923 of the Civil Code and precede, for their satisfaction, those mentioned in numbers 3, 4 and 5 of said precept, without prejudice to the preference established in favor of salary credits in the rewritten text of the Law of the Statute of Workers, approved by Royal Legislative Decree 1/1995, of March 24.

The purchaser of a dwelling or premises under horizontal property regime, even with title registered in the Land Registry, is liable with the acquired property itself for the amounts owed to the community of owners for the maintenance of the general expenses by the previous owners up to the limit of those that are attributable to the expired part of the year in which the acquisition takes place and to the three previous calendar years. The apartment or premises shall be legally bound to comply with this obligation.

In the public instrument by means of which the dwelling or premises are transferred, by whatever title, the transferor must declare that he/she is up to date in the payment of the general expenses of the community of owners or express those that he/she owes. The transferor must provide at this time certification on the state of debts with the community coinciding with his declaration, without which the execution of the public document cannot be authorized, unless he is expressly exempted from this obligation by the acquirer. The certification shall be issued within a maximum period of seven calendar days from its request by the person performing the duties of secretary, with the approval of the chairman, who shall be liable, in case of fault or negligence, for the accuracy of the information contained therein and for the damages caused by the delay in its issuance.

(f) Contribute, in accordance with their respective participation quota, to the endowment of the fundof reservethat will exist in the community of owners to attend to the works of conservation, repair and rehabilitation of the property, as well as the realization of the works of accessibility included in Article Ten.1.b) of this Law.

The reserve fund, which is owned for all purposes by the community, shall be endowed with an amount that in no case may be less than 10 percent of its last regular budget.

The communitymay use the reserve fund to take out an insurance contract to cover damages caused to the property or to conclude a contract for the permanent maintenance of the property and its general installations.

g) To observe due diligence in the use of the property and in their relations with the other owners and to answer to them for the infractionscommitted and for the damages caused.

h) Communicate to the person exercising the functions of secretary of the community, by any means that allows proof of receipt, the address in Spain for the purpose of summons and notifications of any kind related to the community.

In the absence of this communication, the apartment or premises belonging to the community shall be considered as the domicile for summons and notifications, and those delivered to the occupant of the same shall have full legal effect.

If a summons or notification to the owner is not possible to be made in the place provided for in the preceding paragraph, it will be understood to have been made by posting the corresponding notice on the notice board of the community, or in a visible place of general use enabled for this purpose, with a diligence expressing the date and reasons for which this form of notification is made, signed by the person acting as secretary of the community, with the approval of the president. The notification made in this way shall produce full legal effects within three calendar days.

i) Communicate to the person who exercises the functions of secretaryof the community, by any means that allows proof of receipt, the change of ownership of the dwelling or premises.

Is it mandatory for a homeowners’ association to have bylaws?

The Horizontal Property Law does not make it compulsory for Communities of Owners to have Bylaws, but what are they?

What are the statutes of homeowners’ associations?

It is a document that regulates the rules related to the legal regime of the community. They serve to establish what is allowed or not allowed in that building or development.

These rules refer to the use of the building, apartments and premises, facilities, common areas and services, expenses, administration, insurance, maintenance and repairs.

Thus, for example, the bylaws of a homeowners’ association could establish limitations on the activities that may be carried out in the apartments and premises. Also the modification of architectural elements, facades, the segregation or division of floors or the use of common areas.

Who drafts the Community’s bylaws?

It may be, and this is the most common, that it is the real estate developer who drafts the bylaws of the community of neighbors when the deed of new construction and division of horizontal property is executed before a notary public.

However, it may be the case that a Community does not have them. Then it would be the Community of Owners itself who would elaborate them to approve them unanimously in an extraordinary meeting.

Afterwards, the approved bylaws must be registered in the Land Registry.

Where to consult the statutes of the homeowners’ association

After registering the Bylaws in the Land Registry, it will be there where they can be consulted. First of all, we will be informed if our community has statutes (they are not obligatory, we would like to remind you) and if they exist, we will be able to consult them.

Can the Community’s bylaws be modified?

If you have any doubts, Mediterráneo will be pleased to attend your particular case.